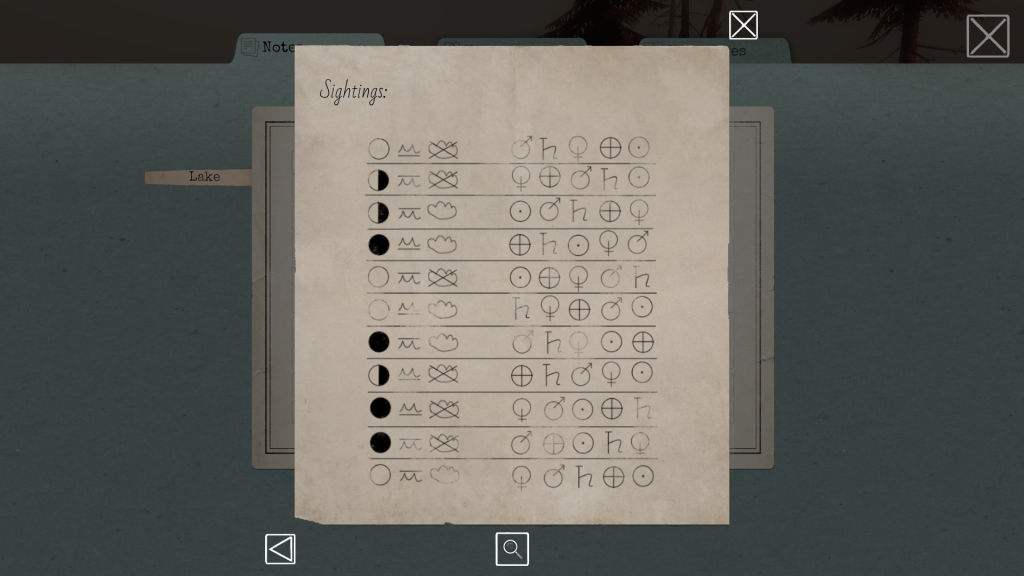 Hello, it’s Sara here! I’m the producer and CEO of Midnight Hub. I’m writing this week’s blog post in a bit more personal way than usual. The reason for this is that I’m so extremely proud of the work everyone in the studio has invested into Lake Ridden, during the last 2-3 years.

It’s now one week since Lake Ridden launched on Steam, GOG and in the Humble Store! We trended on Steam’s front page for more than five days, in countries like UK, Germany, USA and Sweden. The dust is starting to settle and we can finally have a first look at how things went! After receiving over 50 user reviews on Steam Lake Ridden sits on a 96% positive rating. This is absolutely amazing! We know this is not a game for everyone. Some of the puzzles in Lake Ridden are fairly complicated and sometimes we really ask the player to think outside of the box.

“If you’ve been itching for a puzzle game that marries together an interesting plot with clever riddles, then Lake Ridden is certainly worth a try, both for the curiously patient who want no help at all, as well as those who don’t have time to hang around.” – Game Reactor UK

“The best part of ten hours of atmospheric, engaging, and immersive brain food. It looks good and delivers enough in its storytelling and puzzle challenge to keep you hungry to experience more.” –  Fandom

“This game is really great for being from a small company. The game has a brilliant atmosphere with fantastic lighting and sound. ” – GameByteReviews

“The visuals are stunning and I couldn’t help but look at every nook and cranny of the environments. Lake Ridden is a visual masterpiece. ” – CoreGamerzInc “Lake Ridden is a challenging and intriguing mystery solving game whose puzzles will test even the sharpest tools in the shed.” – Well-Played

“I thoroughly enjoyed playing Lake Ridden. It took me roughly ten hours to finish my first playthrough, and that’s missing quite a few of the collectibles along the way. It’s a game I’ll definitely be going back to for those last few achievements.” -GGSGamer

“From the start you can immediately see the detail and care the developers have taken and put into Lake Ridden. The greatest thing that amazed me was the amount of effort that has went into the puzzles.” –GReviews

“Clever design decisions lead you down all the right paths meaning you’re rarely headed in the wrong direction, although when you do decide to wander off the beaten path it’s a little disappointing that there isn’t more exploration.” – Cultured Vultures

“Lake Ridden is a fantastic story driven adventure puzzle game giving players the chance to lose themselves in a beautiful and immersive environment, if you fancy a brain-teasing challenging and at sometimes frustrating game then Lake Ridden is a great game for you!” – GamingLyfe

“Saying all this, Lake Ridden is not for everyone but that should be obvious, exploratory puzzles games are somewhat of a niche and Lake Ridden is an excellent example of the genre”. – Indie Game Website

“It’s very much a puzzle game, and the trailer embedded above makes that abundantly clear. It also looks very beautiful, in wistful autumnal kind of way.”
– PC Gamer, “Top 5 Steam games you probably missed this week”

“While the narrative is enjoyable and the mysteries of the mansion will keep moving the player forward, it is the puzzles that really stand out in the game. Lake Ridden is jam packed with all manner of puzzles, many of which will prevent the player moving forward until they are solved. ”
– GirlGamersUK

If we look to the press and critics they (overall) seem to have enjoyed Lake Ridden, which makes us super happy! There’s around 4 reviews out there of people that really didn’t seem to enjoy playing our game, but you can never appeal to everyone. We’ve already launched two patches since last week, addressing some of the issues that both the community and the press pointed out, like reset-buttons on some puzzle boxes, more auto-saving and making it easier to find your way in the game world! Just keep on reporting any and all bugs you might find to us so that we get a chance to fix them!

We had a huge interest in Lake Ridden from Streamers. Lirik streamed the game to 33 000 viewers, Forsen to over 13 000 viewers and RoryPlays picked up our game. Hanging out in the chats  and playing them together with them as been awesome! All in all almost 1000 streamers have redeemed a key for the game!

This is a small recap of how things are going. Frankly we’ve been absolutely overwhelmed by the amazing reactions and responses for Lake Ridden, it has been hard to take the time to update you on how things went. More than 2,5 years ago Erik, Johan and I set out to found our own indie studio. I now feel we have proved to ourselves and to everybody else we’re capable of crafting games people genuinely enjoy and are willing to recommend to their friends <3

Next week we’ll be at Nordic Game Conference showing Lake Ridden, catch you there! And don’t worry, we’ll do a bigger post-mortem for Lake Ridden as soon as there’s time for this. Right now it’s all about squashing bugs, talking with the community, managing reviews that’s still coming in and making sure the team knows whats next!