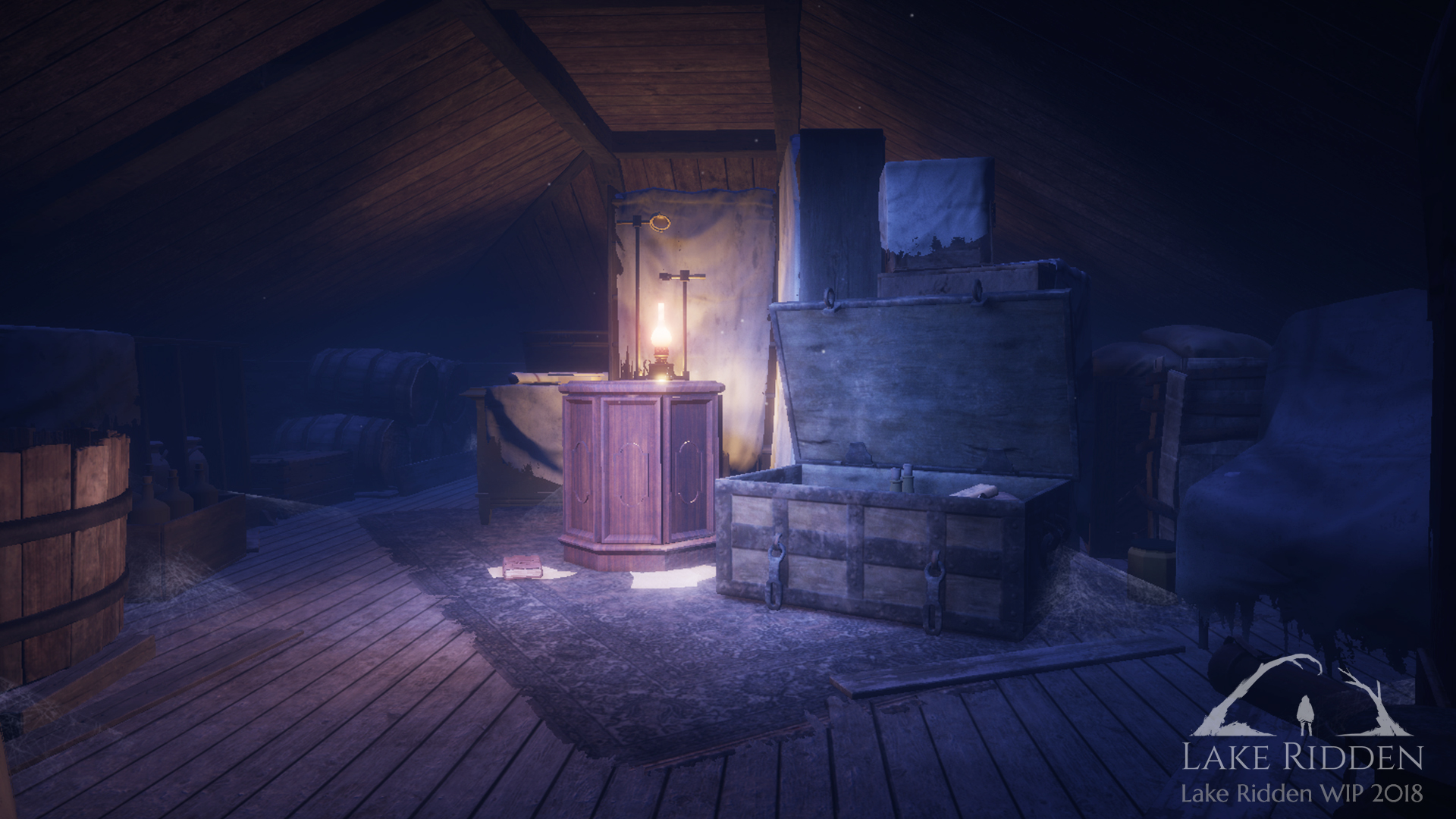 Hi all! How’s it going? We have been a bit silent lately, but that’s just because the whole team’s been super focused on wrapping up Lake Ridden. We’re getting ready for GDC, where we’ll be displaying our game for some journalists and other cool people. If you’re a journalist or an influencer and would like to get some hands-on time with Lake Ridden, just drop us an email to: contact(at)midnighthub.com and we’ll book you in! The demo takes roughly 30-45 minutes and coffee’s on us. We’re located just next to Moscone center. If you’re new to Lake Ridden, below is a quick recap. You are Marie, a 13-year-old girl and the year is 1988. The warm summer is giving way to the first signs of autumn. Reluctantly, you join your younger sister and her friends for one last camping weekend in the wilderness of Maine. It was going just great, but the second night by the sizzling campfire, an argument with your sister ended with her running off into the forest. While searching for her, you stumble upon an old forgotten estate. To solve the mystery, and ultimately find your sister, you must find clues, solve tricky puzzles and communicate with former residents. Lake Ridden is made by former Minecraft and Stellaris developers, by the small Swedish indie studio Midnight Hub. If you like games such as The Vanishing of Ethan Carter, The Room or Myst we hope you’re going to have a great time enjoying Lake Ridden!

Lake Ridden is a story-driven, first-person mystery, filled with puzzles. A thrilling supernatural adventure where you unravel a dark past, trying to save your sister. Luckily, you are not alone. It’s made by former Minecraft and Stellaris developers.

On Tuesday the 20th we’ll be displaying the game as part of the European Game Showcase, which we’re super excited about! We’ll be wearing our black “Lake Ridden”-shirts the whole week, so make sure to say “hi” if you see us in San Francisco!