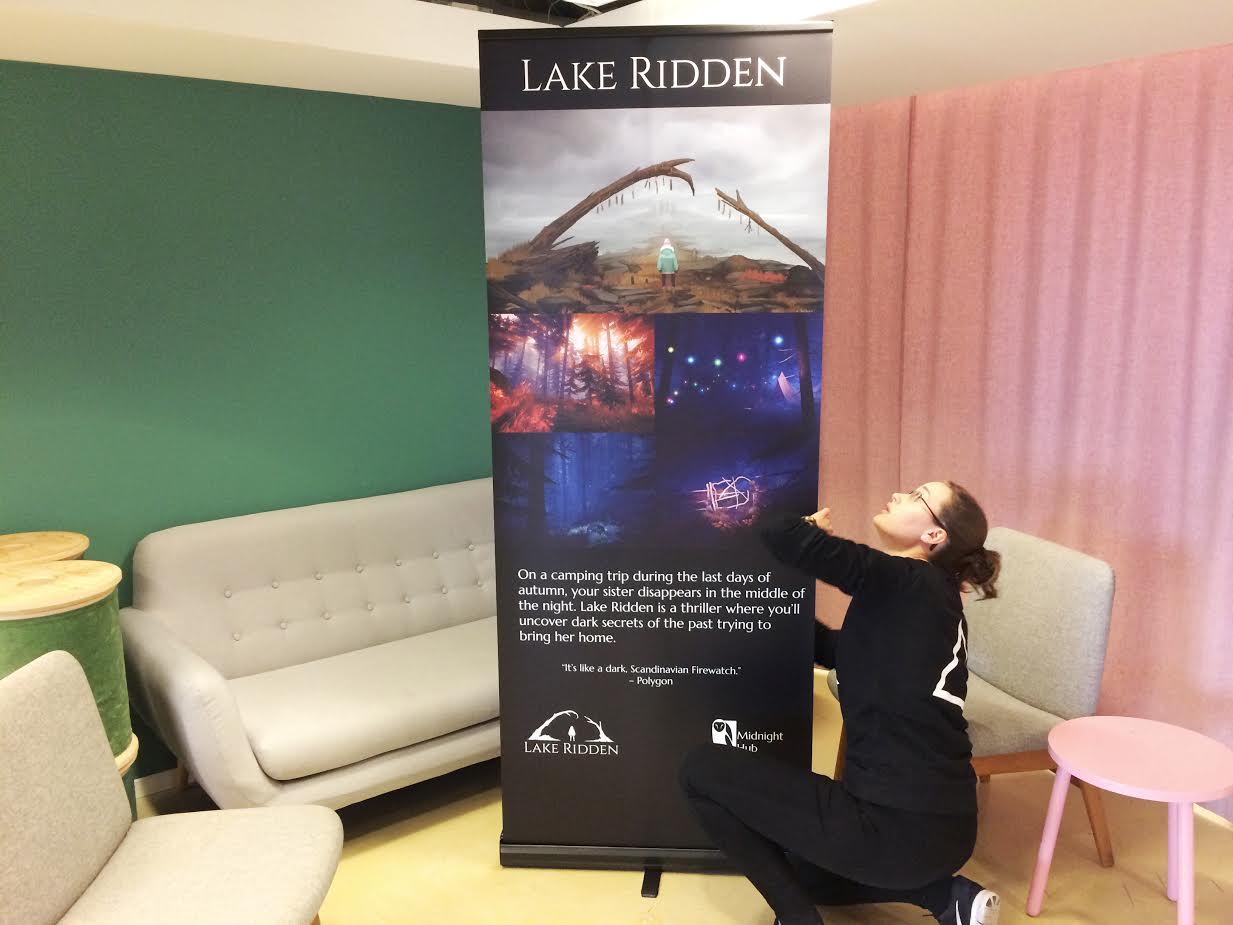 What’s up? Nordic Game Conference is over for this year. We exhibited Lake Ridden during Friday, aka the “Discovery Day”, which was awesome! We had rented a booth where we brought our roll-up, monitors, and computers. So many fantastic conference goers showed up to try the alpha demo! We never imagined the interest for our game and the willingness to give feedback was this big. You guys are truly the best! We also ran a small contest where people could sign up for our Newsletter by dropping their business card in a box, giving them a shot at winning their very own custom made Lake Ridden t-shirt. I know it’s not much, but being indie on a shoestring budget it is what we could offer at the moment. One lucky winner has now been picked and a shirt is on its way right now ; )

A new alpha level of Lake Ridden was displayed on the last day of Nordic Game Conference, in the city of Malmö. We’re so happy and thankful for all the amazing game developers who showed up to help us test the gameplay!

We approached the playtesting quite methodically. Before displaying the game we set up a hypothesis on things we wanted to test, and what a “perfect playthrough” would look like. We had a system under the hood of the game as well, colecting data on certain events and logging time stamps. After each playtester was done we asked if we could interview the tester for 5 minutes and go trough our standardized interview sheet together, to catch as much feedback as possible. An average playthrough of the alpha level took around 10-15 minutes to play, so we managed to let four testers play our game each hour. All in all 37 testers were kind enough to drop by and have a go at the alpha during the events that week…! Now we’re just gonna go trough all this feedback and see how we can use it to further hone the experience and improve the game! Huge thanks to all testers!!