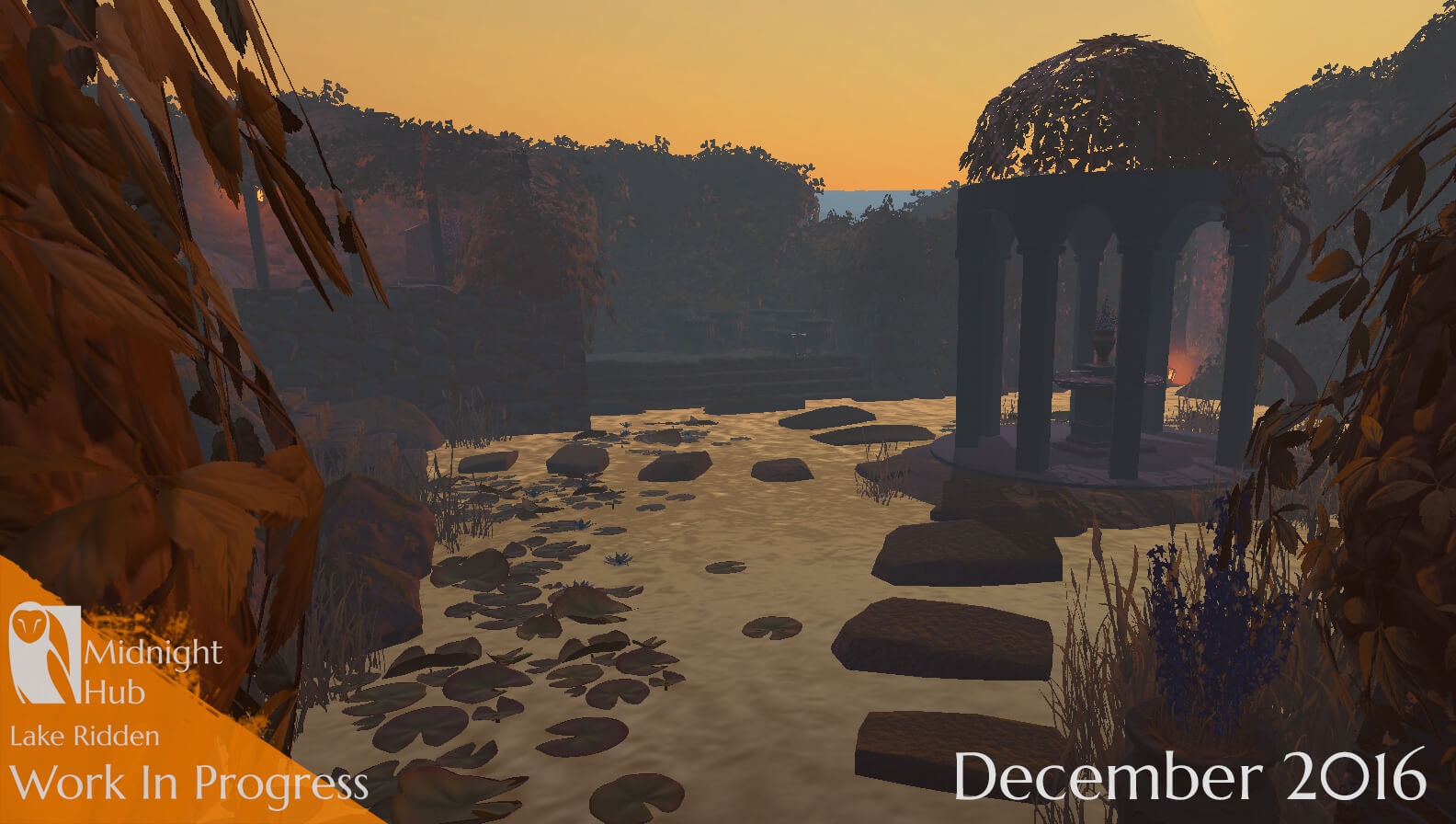 Hey there! Last week was all about the big investment Midnight Hub received from Pamtrima Aviation. This week we’re back working with game development! Let’s take a look at Lake Ridden and see how things have changed during the last months! As always, keep in mind that these images show work in progress, and next week well dive into the light of the game, tweaking how the overall lights and shadows look in Lake Ridden. BEFORE: What part of the Garden looked like in October earlier this year. In this stage we replaced the initial white boxes with quickly made walls and textures to map out the design of the Garden. AFTER: Still far from done, but the Garden is taking shape. It’s a fine line between just enough details and too much that makes the environments look cluttered.

We’re kind of working towards a demo of the game right now. This means we are finishing up some areas of the game to a quality that lets us test those areas on other game developers and get some actionable feedback. Testing white boxes and one colored planes has its limitations. It’s absolutely possible to get valuable feedback on how people interact and interpret your game/environments/design when your game is at a very simple state, like with all the white boxes, but we feel we need to go beyond that now. BEFORE: The center of the Garden in earlier stages when we experimented with the puzzles. AFTER: The center of the Garden right now! The lights are far away from final here. We’re gonna look at the sunlight and other lights starting next week.

Working on a demo of Lake Ridden means that we’re working hard on a small “slice” of the game, a “chapter” that we want to represent the overall feeling, mood and gameplay of Lake Ridden. The plan is then to test this little chapter on trusted game developers and hopefully get some constructive feedback from them next year. The demo should be ready sometime in January (fingers crossed!). The feedback we get from the demo will help shape the rest of the game, hopefully point out things we have missed. Current screen shot from the game. Expect a lot of changes to be made : ) How do you like our small Christmas tree? Last Gaming Friday Henrik from Mediocre and our voice actress Malin Håkansson joined us at the office to play and analyze various games, drink cups of mulled wine and put up some Christmas decorations!