How To Start Your Game Company: 5 Tips 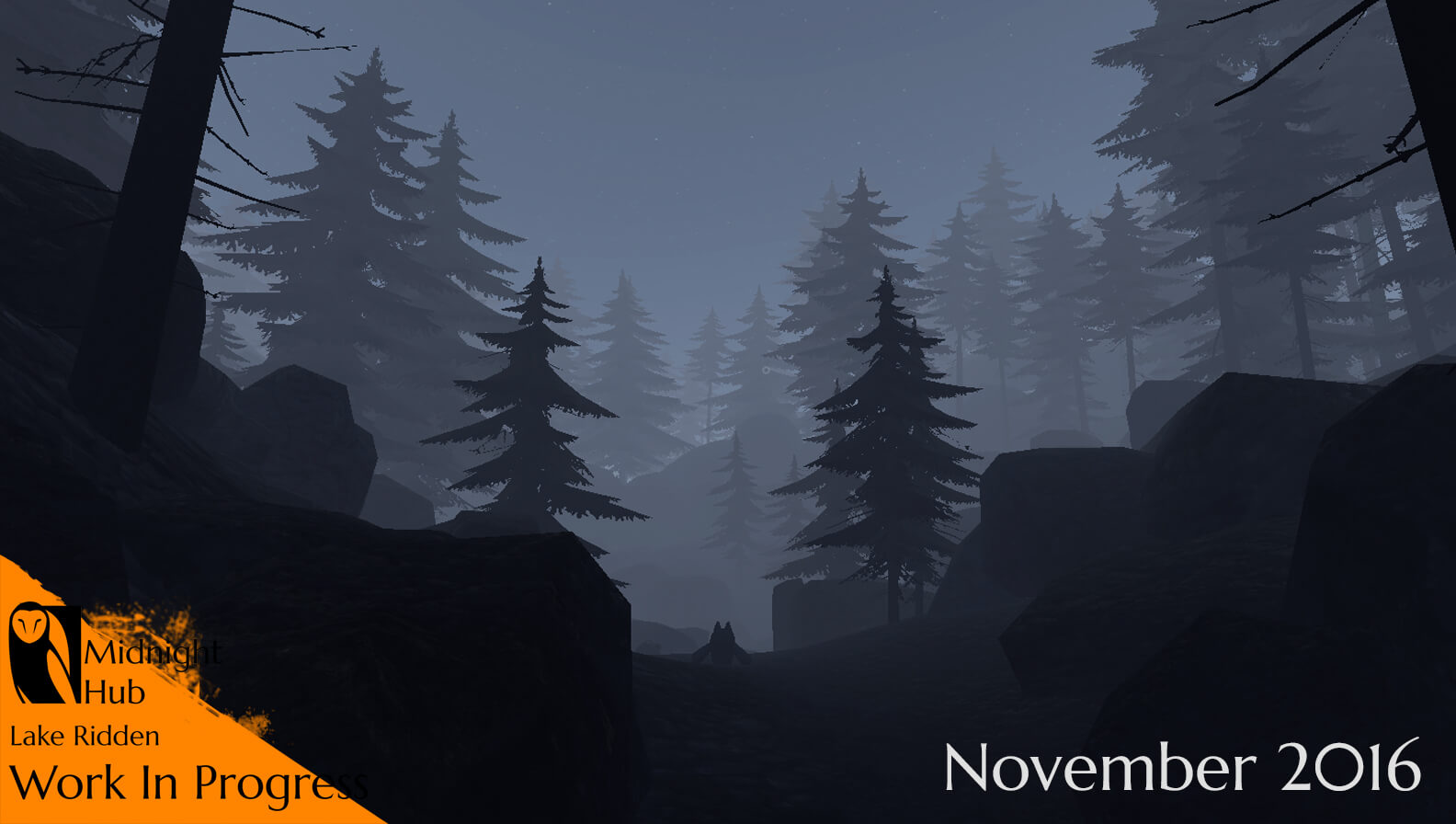 A quick screengrab from the game. We have finally started to implement fog into the game <3

With the number of game studios growing we get a lot of questions on how to get started making your own game. We decided to share how Midnight Hub got going, and what we’ve learned so far. Please view this as a case study. We’re learning something new every day and we still have a long way to go! What worked for us might not be the best way for you, or perhaps you think we missed something. Don’t hesitate to leave a comment and tell us what you think!

There are some different approaches when founding your own creative company. Some teams are formed by former childhood friends, other by people who met when they worked at the same company, while others consists of people who got together on Internet forums and decided to pursue a dream together.  I’ve met a lot of different team outfits throughout the years. In this post I’ll be focusing on the very core group, the founding members of the Midnight Hub. This means I’ll talk about how Johan, Erik and I made Midnigh Hub reality.

1. Start With A Small, Close Team of “Superstars”

Johan and I have known each other for 8 years, since we both went to game development Uni together. Prior to starting Midnight Hub we previously crafted and delivered a successful game to market, then we then went our different ways and worked on other games for a couple of years. Erik and I knew each other from the art scene in here in Malmö. Together the three of us covered all basic fields of game making; code, art, story, design, business and marketing.

When I say “superstars” I mean get the very best people you can think of. People you can trust on a tight deadline, people who are outstandingly resourceful, who show great potential. People you can imagine spending over 40 hours a week with in a small, crowded temporary offices without going mad. People you respect and have fun with! The first 5-10 people in your team will set the foundation of your company culture, no matter if you want it or not. Choose wisely. If you’re looking to start a game company with other people you’ll need to find the very best team mates for you. We started Midnight Hub with a small core team of founders that could cover the very basics of game making: code, art, design, story, business and marketing. On top of that we recruited the talents we needed. This is the team playing a horror board game last week. Malin and Johan had written their own game scenario which was very fun to play!

If you’re planning on going indie, you (probably) need to start small. You need really good generalists for your small team. There will be room to grow and expand later on, when you have survived long enough to release games and establish a steady income. You don’t want too many founders since it tends to complicate the process. If you’re more than 4-5 founders chances are you’ll be too divided to make fast, powerful decisions for your company. Remember that there’s more to game making than pushing pixels and writing code. You’ll need someone on your team who makes sure the rent gets paid on time, who talks to the press and takes care of the project management as well. Ideally it should be someone who likes doing this kind of stuff, to get the best possible results.

Does this sound boring? You know what else is boring? Failing your game project because you realize too late the market was filled with games just like yours…Prior to starting Midnight Hub we had been analyzing different markets for more than 6 months, along with drafting budgets and researching what the cost to market for different kinds of games would be. We identified a segment of the market; story-driven games without unnecessary violence, where demand was big but not too many studios were making enough high-quality titles to over-saturated this niche. This was a niche that got us excited AND hopefully proves to be a viable business idea. We all went into this from a business perspective point of view. Early concepts of the Midnight Hub’s logo. Creating an identity of the studio and finding out who we are and what we wanted to do was something we started to work on even before we had a game idea. Any logos you think look cool?

If you want to survive, make money and have the possibility to attract and hire the best talent you need to ask yourself: “what is our business idea?”. Find out what sets you apart from all other game companies. This will help our greatly when you do your marketing as well. Sites like Steam Spy and GamesIndustryBiz are great for digging up numbers and help you make decisions. Doing the math early on helps you understand if you have a viable idea and understanding of the market/platforms, BEFORE you invested too much money and time.

3. Talk About All The Scary Shit That Could Hit The Fan

As soon as we had a the founder group set we did a game jam together. This was a great way to reality-check if we did fit together as a team. During 48 hours we made a game in Johan’s apartment. This way you get to share a compact, very distilled version of what it’ll be like to work together as a team. You get to have lunches together, do some crunch, goof around and see if everyone can delivers what they said they could. You get a sneak peek into the group dynamics and other people’s philosophies for game making. We managed to bring a small game to life called “Tigers of the Deep Sea”, and had fun doing it during this weekend, which gave us confidence to continue founding our own studio.

When we got the communication going we sat down to discuss important, serious questions. I urge anyone who thinks about starting your own business with other co-founders to do this. I can’t stress this enough. Have hones discussions about all the scary things before you sign the papers together. Let’s call this a partnership-deal. We spent roughly 25 hours all in all talking about what happens if someone becomes seriously ill, what happens with the shares if someone gets married, what happens if one of us dies, what is the long-term goal for this company, does anyone have special needs, do you plan to exit etc? If you found the right co-founders you should feel that you trust each other enough to be completely honest on these things. It’s so much easier to talk about this stuff and get in on paper while you are (still) friends. Arguing about this stuff when the company becomes tremendously successful or goes bankrupt is nasty. All the studios we talked with before founding Midnight Hub gave the same advice; talk about the important stuff NOW, not when people might be bitter, stressed or filthy rich.

4. Do Not Have An Idea Ready For Your Game

Hear me out on this, before you call me crazy. We did not have a clear idea for our game when we started the studio. We started with the team first. When the core team was put together we could analyze our talents, strengths and weaknesses in detail. We then gave all team members a week to prepare a game idea based on the traits of the team. The ideas were then pitched to the group. The game concepts needed to play on our strengths, take our weaknesses into account and help us develop things we personally wanted to get better at. We then had intense discussions and decided on Lake Ridden. Here’s the thing, don’t invent on many areas at the same time. If you’re using a new technology you should already have a proven team and business idea. If you’re dealing with a completely new business model it’s a good thing to use industry-standard tech. We knew our biggest risk would be the new team, so we chose to use proven tech (Unity) and an established game model (single-player, Steam, mystery/horror).

The best part about this approach is that you avoid the risk of getting trapped in a passion project. Sometimes companies form around one person’s passion project or idea. That’s OK, BUT you need to be aware of the risks this posesses. What happens if the person who came up with the idea gets sick, leaves or loses their passion for the game idea? And if you base your hiring decisions around one specific game idea, what happens when you’ve delivered that game? Now you might need to start working on a similar game since you hired people with skills that fitted that particular passion project.

If you look at your team first, and see what their strengths and weaknesses are, and then determine what kind of game fits the team I argue that you can minimize the risks for your game project. Deciding on a idea together also avoids the situation where one person gets very protective about their vision for the game. We can now own the idea together!

A lot of cities have great programs to set up to help small businesses get started. Use these! When we got started in December 2015 we applied for a place in an incubator called Drivhuset, here in Malmö. They gave us a discounted office-space and a business coach. We got all the very basic stuff like desks, chairs, Internet and printers for a very reasonable price. When you start out this may be all you need: a place to set up your computer and call your office! A few months later we got accepted to Malmö’s biggest incubator Minc.

A lot of cities have business incubators that target new companies to help them get going, which is awesome! We’re located in Minc, the biggest incubator in Malmö. Last week the local business newspaper came to Minc to interview us at the office!

Incubators are awesome! Let’s face it, we’re experts at building games, but we might not (yet) be top notch at some business stuff and budgets, which is exactly what incubators usually help you with. You get access to a network of skilled business developers, other entrepreneurs, people who know investors, events etc. Succeeding in the games industry is hard enough as it is, don’t make it any harder, take advantage of all the awesome systems in place for supporting new businesses! Incubators very often have special deals with layers and accountants as well. Find these deals and let the lawyers and accountants do your bookkeeping and contracts so you can focus on the very reason you started your games company; to make cool games!

The team went to Mediocre’s release party for their latest game PinOut last Friday. The game was made Editor’s Choice in the App Store! Huge congraz to Henrik and Dennis! This is Douglas, the game’s composer, performing the 80’s synth wave soundtrack live. Incredible soundtrack!

This was a short case-study of how we went about to get started with Midnight Hub. It’s hard to believe we’ve grown from three to almost seven team members just one year later! I’m so proud of the work the team’s doing on Lake Ridden. It’s still one year until the game is out, but we’re getting there!

Don’t hesitate to follow us on Facebook or sign up for our Newsletter to stay in the loop. Sound off in the comments if you got any questions about how we got started or if you think we completely missed something important!