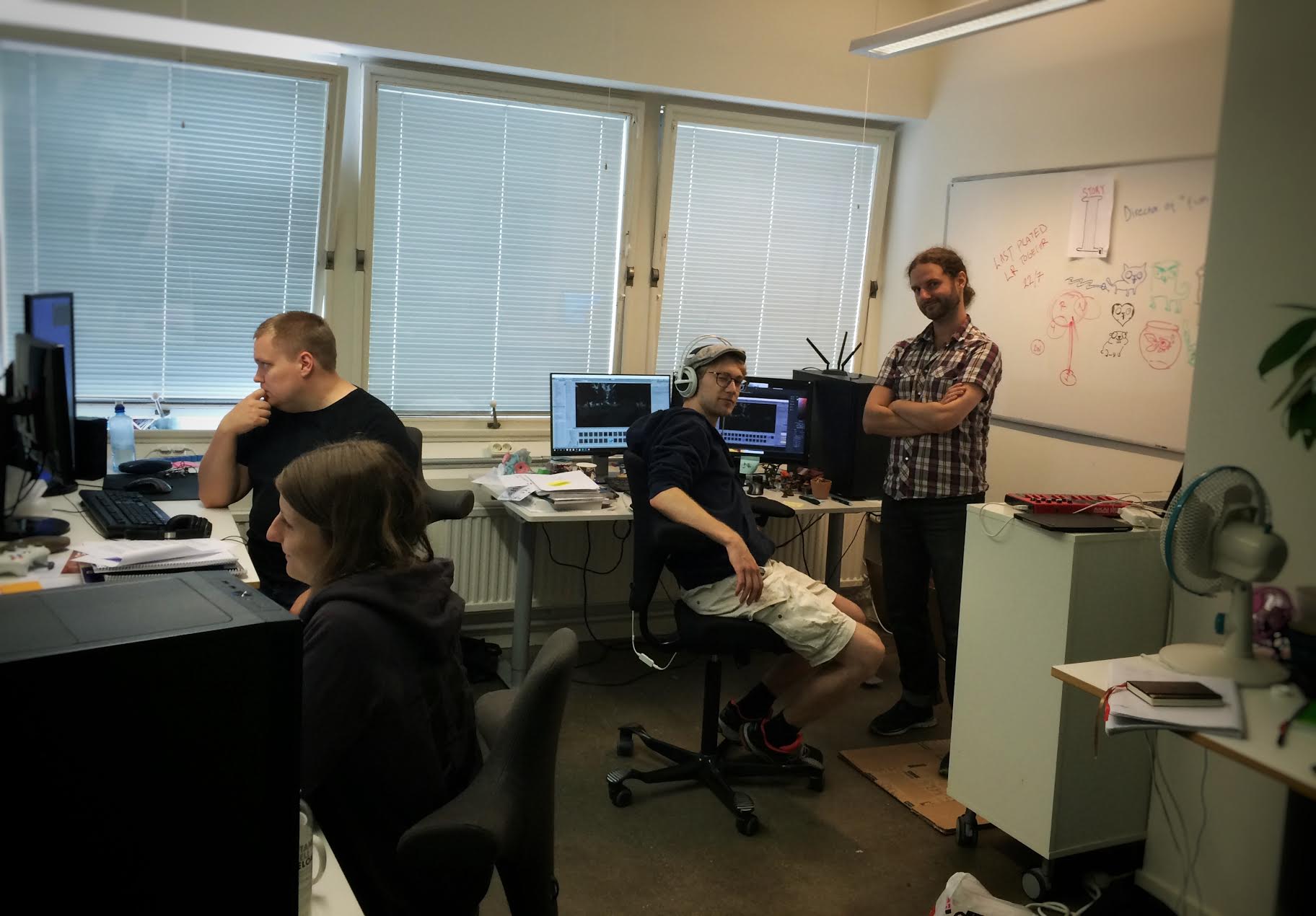 Vacation is over and the team is back at the office, working on Lake Ridden! We all took two weeks off, to recharge our creative batteries, to get some sun or to have some time to just chill and play our favorite games. The vacation was well needed, but now it’s finally time to get back to work! At the moment we’re focusing on gaining momentum and get to a point where we can bring in game testers more frequently to test what we’ve built. We’re done with almost all the white boxing and got the core of the game in place, which feels really great!

Speaking of the team, it’s time to introduce our newest team member: Malin! Since our voice actress is also named Malin we’re going to refer to game-developer-Malin as Malin, and voice-actress Malin as “Malin H” (confusing, right?). Malin is a game developer with a focus on programming and story writing, studying her final months at The Game Assembly, one of Sweden’s top game developer educations. She is a lover of cats, books and all kind of stories.

Malin, tell us about yourself!
– Haha, what a request! I’m someone who loves to read, to play games, watch movies…anything that tells a good story catches my interest. This is something I hope to bring into Lake Ridden, to make a game that offers and intriguing and exciting story! Other than that I guess I’m a bit of a cat person since I got four lovely cats at home. Do you have a favorite game?
– One game that’s had a big impact on me is Bioshock Infinite. The story really got to me and made me think. I play most kinds of story focused games, as long as they are not endless grind fests. I tend to stay away from MMOs for this reason, hehe.

How come you got into programming?
– I grew up in a very tech oriented family. We had computers and Internet quite early. And not just one computer, everyone in the family had their own at a time most households only had one computer, if even that. I like logic, so programming which is very logic, is something I truly enjoy, combined with learning something new everyday. I thrive when I learn new stuff.

What do you do at Lake Ridden at the moment?
– Right now I’m working with the AI and the gameplay, which is very fun! Erik made Malin her very own Midnight Hub owl to welcome her to the team; a Tawny Owl (called Cat Owl in Swedish).