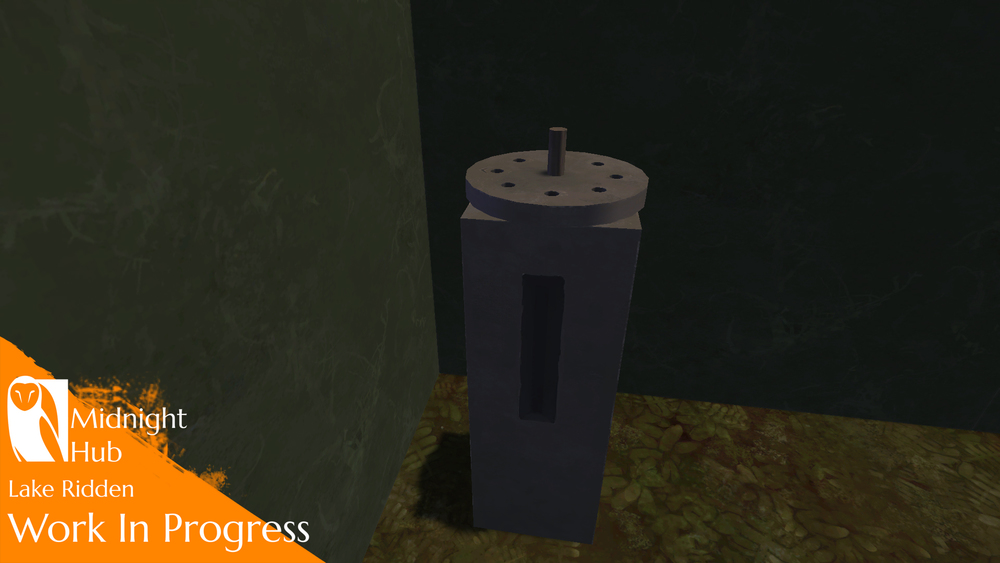 An in game image taken by Sara this week, still work in process.

I’m Johan, the CTO and Creative director of Midnight Hub and Lake Ridden. Today I’m going to talk about a tool I made which makes it easier for the team to quickly access and play the latest version of Lake Ridden. This without opening Unity or update the project files.

The benefit of not needing to build the game every time someone wants feedback on a feature is probably obvious to anyone making games: it saves the team huge amounts of time! We also integrated testing to make sure that the game is building okay and working as expected at all times.

When we submit a new commit to Plastic SCM, that commit is immediately picked up by TeamCity and automatically built. In our tool, we access the TeamCity API and get the status, submitter, change id and comment for all builds.

Always testing, using the release version, has also been very helpful for us since we often take shortcuts in the editor to speed up our workflows doesn’t always work in release. It is also nice that Sara, our producer who usually doesn’t work with Unity, can immediately test a new version.

A screenshot of our download tool which makes it easy to access and play the latest version of the game.

Currently, our plan is to make a first iteration of the entire game during a 17 week period after which it is possible for a player to finish the whole game. I think It’s a super interesting and fun way of working since we produce lots of content in a very short time period.  When we are finished, we will have a fully playable game. After these weeks, we will start polishing the game and make it even more awesome!

Right now are are at week 5 and have completed the two first chapters of the game, now working on the third. I call them chapters from a development perspective but since they are all of different length, perhaps that doesn’t make much sense when playing the game.

To sum up, having a download tool is awesome and we are making progress!